A downloadable game for Windows

Destiny Calls was originally a game written for the OHRRPGCE by me, StellarX.  I released several versions in the late '90s.  Some talented people took interest in the project and we eventually formed a design group called 'StellarX Software' and later known as 'Red Murdock Software'.  We experimented with many ideas and may or may not have released a true completed project, but we did learn a lot and had a lot of fun and have some great stories to tell.

During this period, the people in this group became some of the best friends I've known, though most of us have only communicated to each other through the 'net.  However, it seems in the past few years/decades that we really have pretty much gone our separate ways, especially concerning this project.

I still believe it is a fine example of what a group of freelance artists collaborating together across the world can do if they truly have their hearts in a project.

From the debts and depths of my heart I want to thank you guys in Red Murdock Software for the good times and the dedication to creativity.

I find myself with the creative bug again nearly 20 years later, so I will see what I can do to make a playable game with all the resources and design materials I still somehow have. :D

My original storyline and design for Destiny Calls is probably the most cliche-ridden project you will ever see, but it was written mostly as an homage to the games I grew up with and enjoyed so much.  There is a small amount of originality to be found perhaps in some of the characters. Some of them are based on personalities of people I've known in my life.  Others, like Blaze, are manifestations of some issues I have in my own psyche.

I do apologize to those who may have been looking forward to an actual completed demo/game. Who knows? There's always next year! (Don't get your hopes up, though! We've been saying that since 1999!)

The current version should be playable until the "ending"

A lot of rough spots in between though... 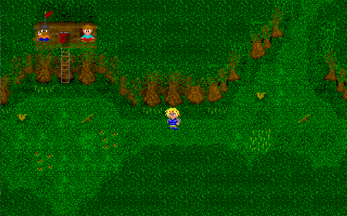 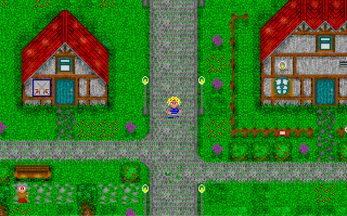 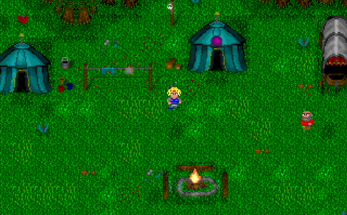 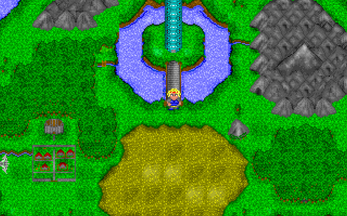 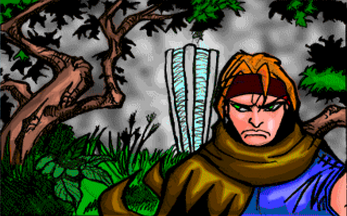